Riding Seaward on the Wave

Returning to sea poetry published during the Great War, but seemingly  to have no connection to the conflict: Realised that I had previously overlooked the closing lines of T.S.Eliot's ‘Love Song of J.Arthur Prufrock ‘ published initially  in ‘Poetry’ magazine June 1915, and republished in ‘Prufrock and other Observations ‘ (1917- dedicated to Jean Verdenal , French poet and friend to Eliot who was killed in action at Gallipoli ).

The poem was written in 1911,whilst Eliot was in Munich. Famous for its portrayal of a male sliding into middle age.

I shall wear white flannel trousers, and walk upon the beach.
I have heard the mermaids singing, each to each.

I do not think that they will sing to me.

I have seen them riding seaward on the waves
Combing the white hair of the waves blown back
When the wind blows the water white and black.
We have lingered in the chambers of the sea
By sea-girls wreathed with seaweed red and brown

Till human voices wake us, and we drown.


Found an interesting observation from George Orwell's essay 'Inside The Whale', citing how E.M.Forster recalled that in 1917, he was heartened to read such work as 'Prufrock which was 'innocent of public spiritedness' . The angst of a middle aged man realising that he was balding and that girls were no longer looking at him seemed to be a strange poem to want to have published in 1917. As well as being' innocent of public spiritedness', to appropriate E.M. Forster's term, there is no attempt to use a poem to convey what Wilfred Owen would call 'the pity of war'. 'Prufrock' emphasises mundane concerns when the mood of the time had shifted onto a war footing.


Yet Eliot also was displaying an indifference towards the Sea. There is a disconnection between the Mr. Prufrock and the mermaids who will not sing to him. And worth comparing with  Lord Byron's lavish lines in Canto IV verse 'Childe Harold's Pilgrimage'

" And I have loved thee, Ocean! and jy joy
Of youthful sports was on they breast to be
Borne, like they bubbles, onwards, from a boy
I wantoned with thy breakers- they to me
Were a delight; and if the freshening sea
Made them a terror-'twas a pleasing fear ".......

Byron displayed a communion of all his senses with the sea, Mr. Prufrock is a polar opposite in being so detached and the poem is a remarkable  example of understatement.


A  little known connection between T.S.Eliot and 'Great War at Sea Poetry ' appears in his collected letters. with a reference to 'My War poem, for the $100 prize'.


Now while our heroes at sea


They pass’d a German warship,


The captain pac’d the quarterdeck
Parading in his corset
What ho! they cry’d, we’ll sink your ship!
And so they up and sink’d her.
But the cabin boy was sav’d alive
And bugger’d, in the sphincter. 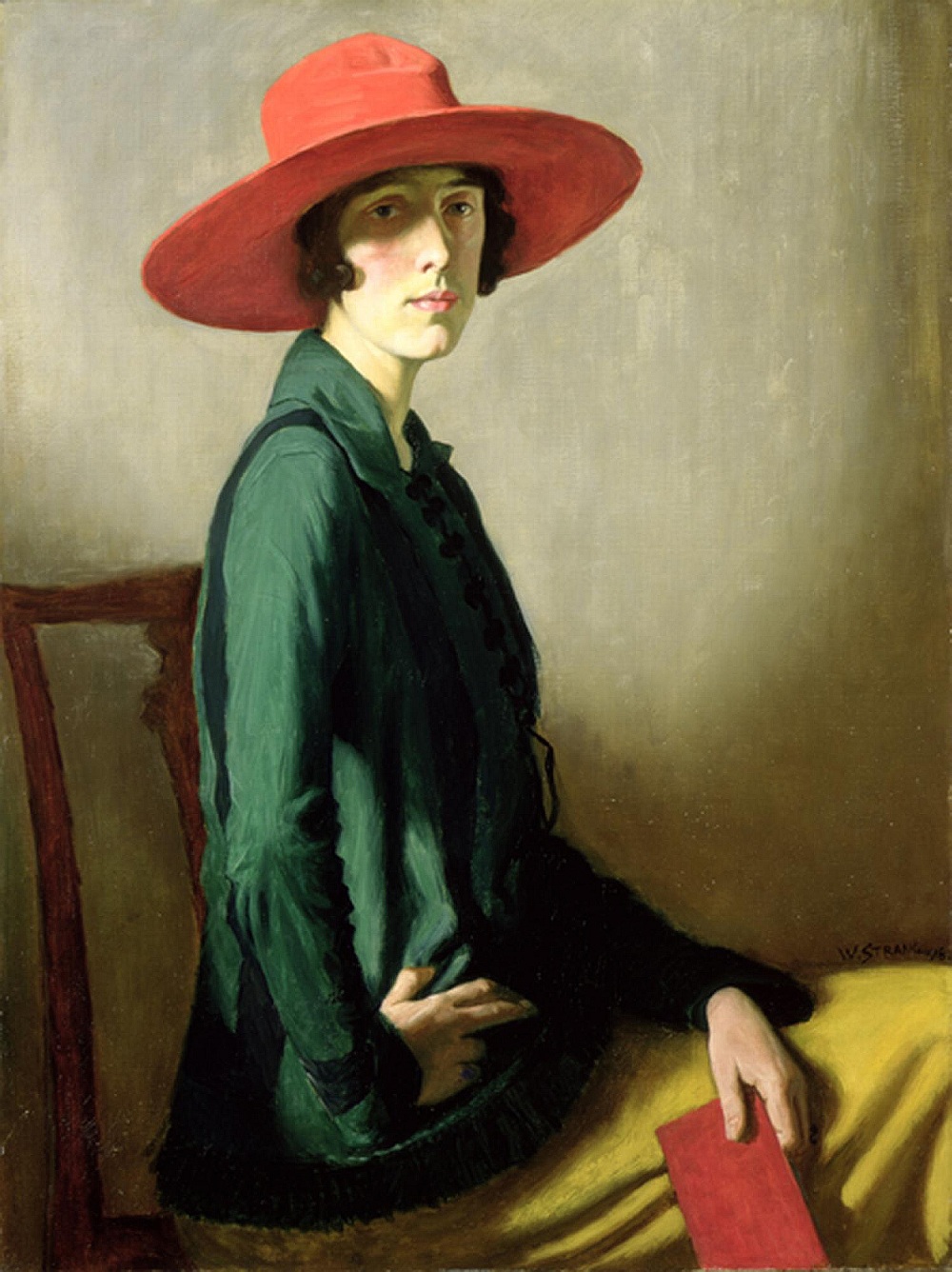 Above picture is of Vita Sackville- West in 1918, by William Strang. in public domain, courtesy of Wikipedia Commons

Recently came across the notion of 'combat gnosticism' - can someone who has never experienced  being under fire really be in a position to write war poetry? Not sure where the term originated but certainly has come to prominence again a few years ago via an article by one  James Campbell titled  ‘Combat Gnosticism: The Ideology of First World War Poetry Criticism'.

But if the human imagination is skilled enough, the poet can get to a dimension where they can channel the impression of someone else's experience ? My first response was 'yes' ! Seems to be a unique contention for war poetry. I mean how many people would seriously dismiss Shelley's 'Mask of Anarchy'  on the basis that the poet wasn't actually present at the Peterloo Massacre. But Shelley was commenting on what he viewed as an outrage, rather than trying to convey the experience of being part of a panic stricken crowd being faced with charging dragoons, so perhaps not a good parallel .

Was pondering said point again when looking at Vita Sackville -West' s poem 'The Sailing Ships', which appeared in the fifth and  final Georgian Poetry anthology 1920-1922.I am trying to establish when the poem was written. Looking at the acknowledgements in the Georgian Poetry anthology, looks like 'The Sailing Ships' first appeared in Vita Sackville-West's collection 'Orchards and Vineyards' (1921).

The narrator seems to be in some enchanted dream state, watching 'lovely ships' seemingly gliding through the Channel. There's a delightful couplet or two.

The focus then moves on to a make believe voyage, away from The drowsy Channel scene. Of course sailing ships themselves would be quite archaic by the time the poem was published. There are references to

" When headlands into kenTrod grandly; threatened; and were lost again,Old fangs along the battlemented coast;"

The ship then travels to a range of places , 'Thessaly', 'desert verge below a sunset bar'  along with 'tropic estuaries. The image of the sailing ship recedes; another boat must be making such long journeys. But the vessel turns homeward ready to have its cargo examined by 'London clerks with paperclips'.

The poem then abruptly transforms in its last verse:

" Clerks that had never seen the embattled sea,But wrote down jettison and barratry,Perils, Adventures, and the Act of God,Having no vision of such wrath flung broad;Wrote down with weary and accustomed penThe classic dangers of sea-faring men;And wrote 'Restraint of Princes,' and 'the ActsOf the King's Enemies,' as vacant facts,Blind to the ambushed seas, the encircling roarOf angry nations foaming into war. "

The Summer idyll of the Downs , the hazards of a sea odyssey, the theme of sailors v. 'landlubbers' suddenly swerve to an awareness of the sea as being 'ambushed' , it's no longer the sailors that are in danger from the sea, the sea is now passive whilst the 'angry nations (are) foaming'.

The clerks seem detached from the reality of war just as much as the perils of the seas. Recording losses due to enemy action as 'vacant' facts. Furthermore, 'Barratery' , civic litigation , can not compare with 'Angry nations foaming into war'.

Perhaps this is where poetry has a role. One  hundred years later we need media that tries to convey impressions of experience, to stop us appearing as detached as the 'London clerks with their paper-clips'. Yet are said 'clerks' going to be derided for being indifferent to conflict at sea but also chided if they tried to write creatively  as if they somehow understood the gap, maybe a chasm, that exists between their life and those who directly experience combat?  Personally I think that the human imagination should be used to try to interpret experience other to our own even though this may antagonise those who have a more authentic claim.