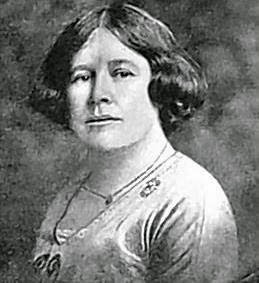 An extensive prose writer and poet, a huge body of her work concerns themes relating to the Sea, and war at sea.  Her poem 'Home Lads Home' , written around 1916, was set to music about twenty years ago and performed in British folk clubs. Her poem 'North Sea Ground' about Grimsby during the Great War was set to music by classical composer  E.J. Moeran .

A favourite of mine is  'Stormy Dusk',which appears in her anthology 'The Naval Crown-Ballads and Songs of the War' (1919). This anthology contains poems that originally appeared in 'Punch', 'The Spectator' , 'Daily Chronicle', 'Sphere' and 'Country Life', making one realise what a potentially large readership her work had.

The first few lines are quite ominous, but overall there's not the graphic depiction of war of say Rosenberg, Owen, Gurney, or the satire of Sassoon, or triumphalism of Jessie Pope, just a simple prayer for the safety for the men at sea and for victory. A reminder that war poetry could be quite under-stated at times.

To-night the dark came stormy down,
The sun went red to rest;
And fleets of clouds like battleships
Filled all the burning West.
The wind was rising to a gale,
It howled in hedge and tree . . .
And it's cold, bitter cold,
Where our sailormen must be,
Oh, it's bitter cold this night
In the wild North Sea!

Posted by Michael Bully at 14:25 No comments: 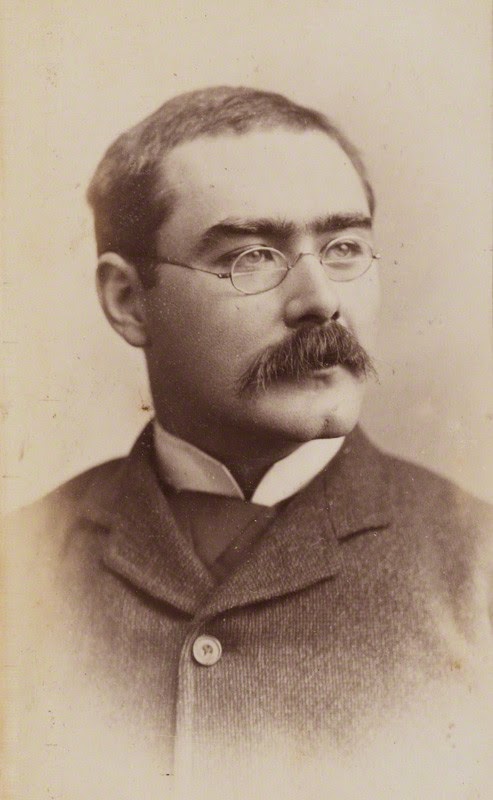 Portrait of Kipling courtesy of the National Portrait Gallery -London

The 98th anniversary of the Battle of Jutland/Skagerrakschlacht has just passed without much attention. The much anticipated clash between Britain and German fleets took place on 31st May 1916 and regarded as a 'draw': British losses of ships and men were higher but realistically Britain still retained control of the seas and still was able to impose its naval blockade against Germany.

If Britain had lost the battle, and control of the seas, then the outcome of the Great War would have been different. In 'Jutland 1916 -death in the grey wastes' Nigel Steel & Peter Hart' (2003) , the back cover 'blurb'  (looking at the 2004 paperback edition) announces that these authors want the battle to
return to its rightful place alongside the Somme and Passchendaele as one of the key episodes of the Great War.I am intrigued by the idea of return , the implication that Jutland somehow was once considered as a key episode  but somehow slipped from view.

Jutland has not really been the theme of War memoir or poetry that is regularly anthologised. The numbers of men engaged were tiny compared with those who served on the Western Front. The number of those killed in action , 6,097 on the British side/ 2,551 on the German side, were not high compared with other 'key' battles.  Those who oppose Britain having engaged in the Great War don't seemed to have found enough in the battle; paradoxically, those who longed for Admiral David Beatty to be a 'Nelson' for the 20th century didn't feel that their high expectations were met.

Kipling considered the battle in  his poem 'The Verdicts'

That stands over till peace.
We can only perceive
Men returned from the seas,
Very grateful for leave.

They grant us sudden days
Snatched from their business of war;
But we are too close to appraise
What manner of men they are.

And, whether their names go down
With age-kept victories,
Or whether they battle and drown
Unreckoned, is hid from our eyes.

Our children shall measure their worth.
We are content to be blind . . .
But we know that we walk on a new-born earth
With the saviours of mankind.

The poem doesn't need a great deal of clever commentary-obviously scales incredible heights in remembrance terms: Not acceptable to people today who place an automatic premium on war poetry that is held to be anti-heroic, realistic in depicting the inhumanity of war, and ironic.
Kipling was still suffering from the news that his son John Kipling was missing, feared killed in action at Loos, on 25th October 1915.

From- The Kipling Society Journal of April 1931

In 1966 Steel and Hart remind us that on the 50th anniversary of Jutland, met again in North Sea, and quote from one veteran's account;

"Not so the British and German veterans who grinned and waived like anything at their former antagonists. The veterans in both squadrons cast memorial wreathes on  the sea,then each squadron cheered the other, and finally there was an exchange of signals and mementos."

A great deal more can be said about Kipling and Great War at Sea Poetry but want to move the focus on to lesser known poets; But in returning to 'Great War at Sea Poetry' will end on the first verse of Guy Noel Pocock's poem 'Years Ahead' from an anthology that Pocock edited titled 'Modern Poetry' ( J M Dent & Sons- London,1920)

YEARS ahead, years ahead,Who shall honour our sailor-dead ?For the wild North Sea, the bleak North Sea,Threshes and seethes so endlessly.Gathering foam and changing crestHeave and hurry, and know no rest :How can they mark our sailor-deadIn the years ahead ?Time goes by, time goes by,
Posted by Michael Bully at 04:27 No comments: