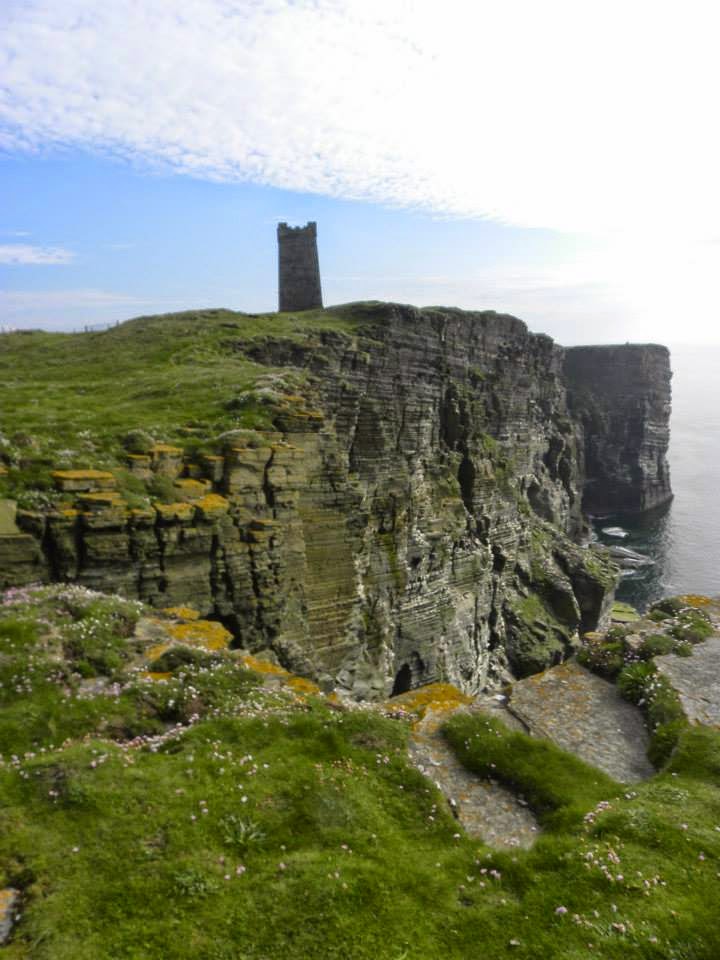 The Orkney Heritage Society have posted the following

In June 1916 HMS Hampshire hit a mine and sank in a gale near Orkney. Earl Kitchener and more that 730 other men died: 12 survived. Orkney Heritage Society is restoring Orkney's Kitchener Memorial and creating a commemorative wall inscribed with the names of the other men who died. Cost £200,000.


As mentioned on the Great War at Sea Poetry Website, the death of Lord Kitchener on 5th June 1916 was the event of contemporary Great War at Sea Poetry. A whole published anthology was dedicated to him and appeared at the end of 1916.
'A selection of the best poems in memory of the late Field Marshall Lord Kitchener K.G' edited by Chas Forshaw, the founder of the British Institute of Poetry. None of the poems are titled.

Taking the first verses from this anthology written by Millicent, Duchess of Sutherland, whose contribution appears on pages 225-227.

"As some watch shooting stars, serrated clouds
Sun's half-half eclipse, so on the sky of State
They watched his name, blazoned in liquid fire,
And humbly gazed, and gazing knew it great.

No words demanded; by a subtle spell
Of dogged silence clinging to his past.
The East gave tribute, and the startled South
Linked to the West-they gave him all their heart.

Mysterious Helmsman on uncertain tides,
Few knew his course , few wish to ask him more
They scanned his steadfast face, then fell asleep
He was their pilot through the tempest's roar.

And all the while the ancient call he heard
'Come overseas'-the cry of Vera- Tyr
You of immortal breed, through fire and blood
Through snow and ice, we guard your golden spear ...."

Such poetry disturbs anyone who belongs to the more 'Disenchantment' view where Britain's participation in the Great War is considered as a meaningless tragedy . War here is portrayed in heroic, in fact Pagan terms. Reminds one of Julian Grenfell's 'Into Battle' where war seems to be part of a vision of greater nature. Millicent 's reference to Tyr -the one armed Norse god of war is interesting. Kitchener is eulogised as belonging to some pantheon of mythical figures.

The fact that Kitchener's body was never found added to the mysteries and conspiracy theories.

It is easy to see how the other casualties of HMS Hampshire, were overlooked when the 1926 original Kitchener memorial was unveiled, so it is welcome to hear that there will be a memorial wall listing all of the HMS Hampshire men's names constructed there. Donations can be made via the 'Just Giving ' link below.

Following recent post about Wilfrid Gibson, pleased to announce that the Friends of the Dymick Poets, whose remit includes Gibson, are now linked to the Great War at Sea Poetry website.
Friends of the Dymock Poets

Also pleased to notice that the Forgotten Wrecks of First World War project have their own page on
'Great War Maritime Poetry'. The 'Forgotten Wrecks' project is an excellent initiative and their page on war at sea poetry is welcome.

Posted by Michael Bully at 04:55 No comments: