Remembering all those who died at the Battle of Jutland/Skaggerakslacht
31st May/1st June 1916. 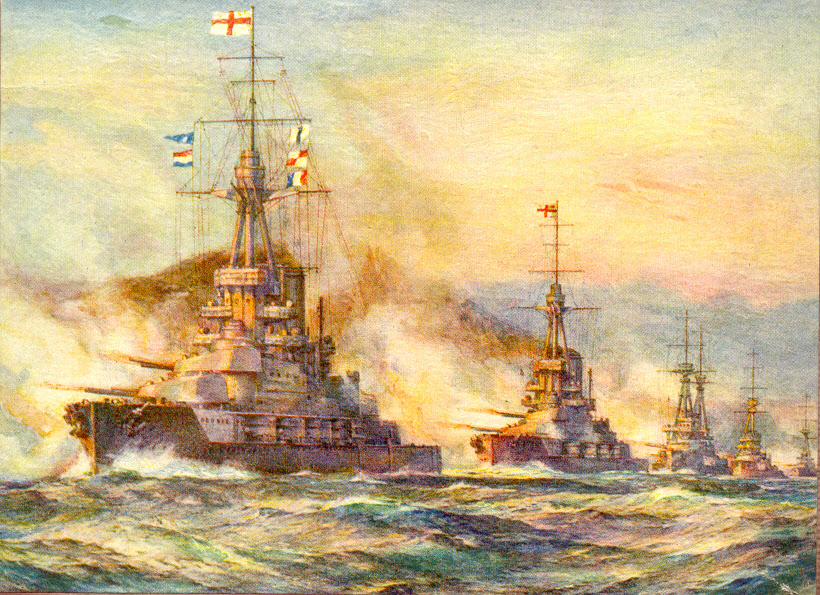 YEARS AHEAD:
YEARS ahead, years ahead,
Who shall honour our sailor-dead ?
For the wild North Sea, the bleak North Sea,
Threshes and seethes so endlessly.
Gathering foam and changing crest
Heave and hurry, and know no rest :
How can they mark our sailor-dead
In the years ahead ?
Time goes by, time goes by,
And who shall tell where our soldiers lie ?
The guiding trench-cut winds afar,
Miles upon miles where the dead men are;
A cross of wood, or a carven block,
A name-disc hung on a rifle-stock
These shall tell where our soldiers lie
As the time goes by.
Days to come, days to come
But who shall ask of the wandering foam,
The weaving weed, or the rocking swell,
The place of our sailor-dead to tell ?
From Jutland reefs to Scapa Flow
Tracks of the wary warships go,
But the deep sea-wastes lie green and dumb
All the days to come.
Years ahead, years ahead,
The sea shall honour our sailor-dead !
No mound of mouldering earth shall show
The fighting place of the men below,
But a swirl of seas that gather and spill;
And the wind's wild chanty whistling shrill
Shall cry " Consider my sailor-dead! "
In the years ahead.
GUY N. POCOCK.
(From Page 100 of 'Modern Poetry' edited by Guy N. Pocock . (1920) )

Have quoted from this poem before but it seems so appropriate. And today 'our sailor dead' should refer to the men who fought on both sides. And in the spirit of reconciliation, both between peoples and nations, and the different aspects of sea poetry, will quote from Heinrich Heine (13th  December 1797- 17th February 1856) .

I hail thee, O Sea, thou Ancient of Days!
Like speech of my homestead murmurs thy water,
Like dreams of my childhood shimmer before me
The heaving leagues of thy billowy realm,
As Memory, the grey-beard, remurmurs his stories
Of all those dear magnificent playthings,
Of all those glittering Christmas-presents,
Of all those branchy red trees of coral,
Gold-fishes, pearls, and shimmering sea-shells,
Which thou mysteriously dost guard
Down there in thy lucid crystal house.


From 'The North Sea- Second Cycle', translated by John Todhunter , from the superb 'All Poetry' website.

Here the sea is cited as a powerful but enchanting element. An association with war wouldn't necessarily have been made by a 19th century romantic such as Heine : The notion that the North Sea was a potential background was to re-emerge during the Great War.

Permission had been sought to us the picture at the top of the post , The 'Battle of Jutland May 31st 1916  Christmas Card' by Bernard Gribble , as not clear if it's in the public domain .

The original intention of the Great War at Sea Poetry Project was to have an anthology of such poems published to commemorate the centenary of Jutland. This  has not quite happened. But in the last two years the Blog and Website nevertheless have made a contribution to generating interest in lesser known war poetry and I wish to thank all supporters of the blog and website.

The remit of the Project will now extend to cover War at Sea Poetry generally.

Previous webpage on the battle from 2014
Jutland


The Great War at Sea Poetry Project is now on Twitter :