Alan Ross, Murmansk, and 'Leaves in the Storm'


Murmansk  and Leaves in  the Storm


First of all,  greetings to all the new visitors to this blog. Delighted to see individuals logging in from different countries, with a particular high number from both Russia and the USA.

Will start this entry with another poem by Alan Ross about the Allied  Arctic Convoys to the USSR in World War 2. 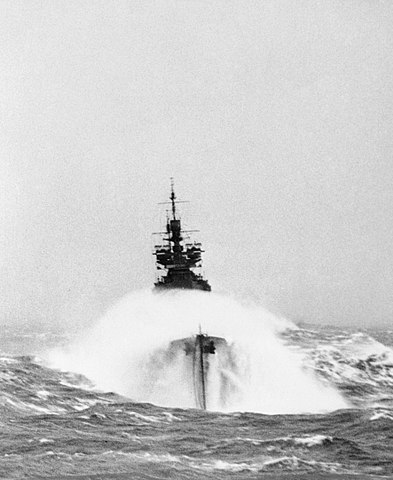 " The snow whisper of bows through water
Asking and answer in their lift
And screw, ceremonials
Of salt and savagery
Burial of man and mermaid

I remember the thirst of Murmansk
The great eyelids of water.
Can one ever see through them ? "

" Ciels de Murmansk  '(skies of Murmansk' in French), ceilings, sea-eels, " suggests the poet is using impressions and associations, could be an ironic song lyric.

But the first verse is far more striking, The Sea is an unbridled chaotic element swamping 'man and mermaid', overwhelming the sailors and their feeble mythical totems, like the sheer force of industrial warfare itself.

A difference between war poetry of World War 1 and World War 2 is that there is less comparison with a rural idyll in the latter. Men were fighting in the deserts of North Africa and on the Arctic coasts. There was a need to move fast , Nature was not represented by an idyllic passive countryside falling victim to War,  but as another foe that was trying to stop progress.  To be static meant becoming a target.  In Ross' case, the longer the convoys were afloat, the more likelihood of being bombed from the air, menaced by mines, torpedoes or  having to face enemy warships. There is no room to idealise the Sea that hampers a chance of reaching an environment that is less hostile such as the port of Murmansk,

Leaves in  the Storm

Alan Ross wrote the following passage in prose form. Reminiscent of David Jones'  epic 'In Parenthesis' (1937 ) that evokes the writer's service at Mametz Wood, on the Somme in 1916. Here Ross draws on his Arctic Convoy experience :

" The destroyers attack, drawing the enemy fire. Four swords of flame flick into the greyness like a fencer's blows. World is a small narrowing circle, squeezed smaller and smaller, time has been interrupted, the clock smashed. Red-flecked, world is reduced to the gunsight's orb, its still centre, a focal  grey in a tilted world of sea and sky. It is too late to put the pieces together.

We are going in. Across our bows, suddenly, a welter of light, and expanding cone of sluiced sounds. Again and a shiver of steel. A moment of time displaced, the revolving bands interrupted. You didn't put the pieces together quickly enough. A storm of unleashed sound, shaken in a bowl of electric enclosure, a rainbow of light rocketing through the wrecked space, waves of explosion dancing in narrowing circles, within the eyes; and like a long snake unwinding, steam hissing out in a stream over everything."

Quote from page 179 of  'Leaves in the Storm'-a book of diaries edited with a running commentary by Stefan Schminski and Henry Treece  : 1947 anthology featuring Alan Lewis, Gertrude Stein, Stephen Spender,Henry Miller, amongst others. )

The way that both natural forces  such as 'a storm' , 'a rainbow' , 'waves' are integrated into an account of mechanised warfare at sea is most impressive. Even the rainbow, usually counted as representing natural beauty, becomes part of this battle narrative. Warfare and Nature are not separate but co-conspirators in causing mayhem.

The modernist idea of reporting , by writing in the present tense, draws the reader in an immediate fashion. A superb piece of war writing indeed.

Sky like a dog rose draws blood,
The tide mirrors my sailed love,
Through clouds of sea foamed green;
The white gull fastens on the skyline.

Foam-flecked the mooned wake curves,
an ocean grown white with roses,
Recessions of suns draw tides, coppering
The sea's back, the scalloped hair of mermaids.

Shells bear retentive music through husks
Of night; my love's hair floats green, like
Some Ophelia's cold and wild the flowers
Of her eyes scattered under black water.

The free gull moves across white horses.
The dream grows dry with frozen thirst.
As dawn, the convoy alters course;
The sun comes up and slowly bursts.

Alan Ross ( 1922- 2001) served in the Royal Navy during World War 2, including a spell on the Arctic convoys. A newspaper columnist, travel writer, member of naval intelligence, ardent cricket fan, editor of ' London Magazine' Ross 'first book of poems The Derelict Day ( 1947)  concerned Germany immediately  after World War 2,  an anthology Something of the Sea followed in 1954 -though only a third of the poems relate to the sea, and  a number of them were reproduced in a subsequent  collection Open Sea (1978).  The poem 'Survivors' has already been covered by a blog entry from September 2015  and 'Arctic Waking' is also from Something ...

Particularly like way this poem weaves from the credible ' Through clouds of sea foamed green'  through to the unreal ' An ocean grown white with roses' . Also the folksy ballad lyric referencing   'my sailed love' and 'my love's hair'  along with an almost schoolboy interest in Ophelia , the drowned lover in stagnant water most famous from the Pre-Raphaelite painting by Sir John Everett Millais ( completed in 1852)  displaced into a northern sea is peculiar . The notion that its the sun rather than the moon 'drawing tides'  ...well the impressions seem to be tumbling. Then the enchantment of the night is broken by the convoy altering its course at dawn, confronting an exploding sun.

I chose this poem because its slightly surreal. But also because from a historical point of view it tells us nothing about the nature of war. By contrast Alan Ross could write poems that are far more specific, such as the epic  'J.W.51B A Convoy' , with lines such as

'Courses crossing, like lines on a hand,
Darkness disintergrating, and throwing up
Into the net of the morning, life fish,
A stranded sea of vessels, ignorantly
Approaching, British and German '.


Yet, it's important to break the habit of somehow grading war poetry on the basis of what it tells us about war. 'Arctic Waking'  arguably records the jumbled impressions of a young well educated man under pressure, whose still learning his craft as a poet.  Perhaps the proverbial 'baptism of fire' , and a sense of the exploding sun wrecking everything else is evoked at the end of the poem. Perhaps not.

'Love still has something of the sea,
From whence his Mother rose'

Love still has something of the sea,
From whence his Mother rose;
No time his slaves from doubt can free,
Nor give their thoughts repose.
They are becalm'd in clearest days,
And in rough weather tost;
They wither under cold delays,
Or are in tempests lost.
One while they seem to touch the port,
Then straight into the main
Some angry wind in cruel sport
Their vessel drives again.
At first disdain and pride they fear,
Which, if they chance to 'scape,
Rivals and falsehood soon appear
In a more dreadful shape.
By such degrees to joy they come,
And are so long withstood,
So slowly they receive the sum,
It hardly does them good.
'Tis cruel to prolong a pain;
And to defer a joy,
Believe me, gentle Celemene,
Offends the winged boy.
An hundred thousand oaths your fears
Perhaps would not remove,
And if I gaz'd a thousand years,
I could no deeper love.